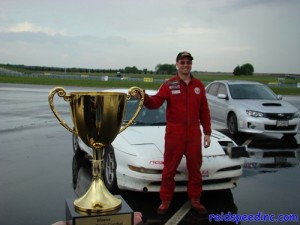 A stunning victory for Todd at the Race Track Combat event held at the Lightning track in NJ on 5/20/11.  Amid a field of experienced racers – battling fully sorted Porsche GT3, Cayman, BMW and Corvette competitors, Todd was able to push his Probe-N-Stein through some wet weather to win the event.

The  day almost ended early when the Probe spun entering the hard left before the lightbulb.  Todd reported a loud bang and then instant spin.  Luckily no damage.  After a short inspection in the pits, it was determined that a catastrouphic failure of the right front brake rotor caused the handling problem.  This was a first as the entire hub of the rotor broke off from the braking surface.  The front rotors are part of the custom ReidSpeed BBK, and had been in service on the Probe for over 3 years of hard racing.  Todd was life cycle testing them, to see just how long the massive rotors would remain serviceable (the stock rotors with stock brake package typically would crack and fail after a single weekend!).   This was the first recorded failure of ReidSpeed BBK front rotor, and it finally happened after 40+ weekends of racing. 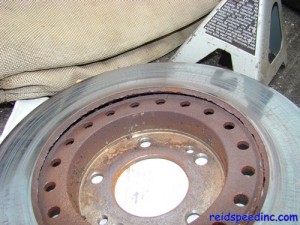 A quick change of the rotors and Todd was on-track for the qualifying race.   By posting one of the 10 fastest times in qualifying, Todd was automatically in the Final race. 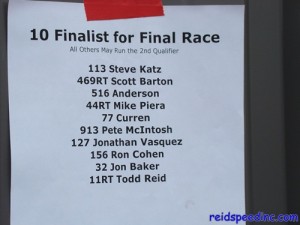 The Final Race had 15 competitors starting at different times based on their class’s trace record time at Lightning.  The Final race was a 20 lap race.  First car to complete 20 laps wins.  The slow cars started first due to their handicap.  Although the track had been dry all day, a strong thunderstorm soaked the track prior to the Final Race.  The event organizers decided to give the track an extra 1/2 hour to dry and ran the cars around for a half dozen pace laps to help dry out the line.

Most of the Final Race contestants ran on dry race tires.  Todd began in 2nd place behind the Red Baron. 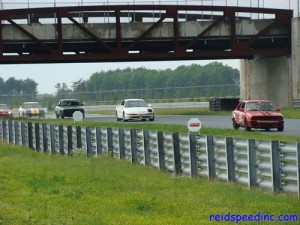 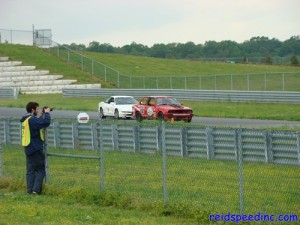 Todd ran very strong the entire race and moved into first on about lap 6.  Around Lap 10 the weather moved in and the second half of the race was in a steady rain. 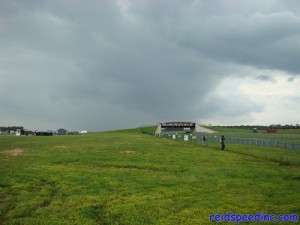 Todd won the race easily with #2 a full 39 seconds behind. 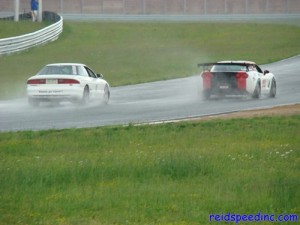 Huge props to the event organizers.  The schedule was flexible and afforded good amounts of track time, excellent competition and was enjoyed by all (except those who don’t like to run in the rain). 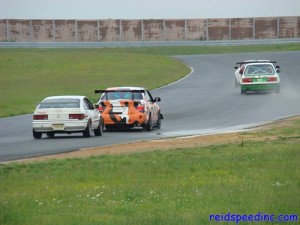 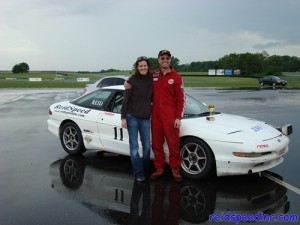 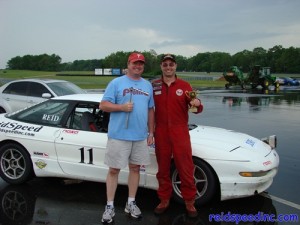 A full recap of the race can be found here:  http://roadraceautox.com/showthread.php?t=34829