First event.  New car.  Cool in the saddle.  With only 1 shakedown drive in the Fortune Auto Misubishi Evo IX machine and running on a fresh tune from Atlantic Motorsports, Todd set out to beat hired professional drivers and professional race teams from the west coast in the Redline Time Attack event held on April 10-11 at New Jersey Motorsport Park.  While Saturday left Todd just behind the COBB tuning STI, after some late night wrenching to dial in the car and the full support of Fortune Auto and Atlantic Motorsports, Todd found the speed (and lost the time) to best the field and take the top podium spot.

Reprinted from http://redlinetimeattack.com
“The Street Tire class consistently delivers some of the closest battles of every event and this weekend was no different as Todd Reid, Cameron Benner, Daniel O’Donnell, and Justin Mathews were all very close to each other in practice. Todd Reid in the beautiful Fortune Auto Mitsubishi Evo took top honors in Street Tire AWD as well as the Overall Street Tire Class win with a 1:12.126. Daniel O’Donnell in the Professional Awesome Evo VII and Cameron Benner in the COBB Tuning Subaru STI were within two tenths of a second at the end of the day, but COBB Tuning’s Cameron Benner narrowly edged out O’Donnell with a 1:13.008. The Professional Awesome Evo came in with a 1:13.298 for third.” 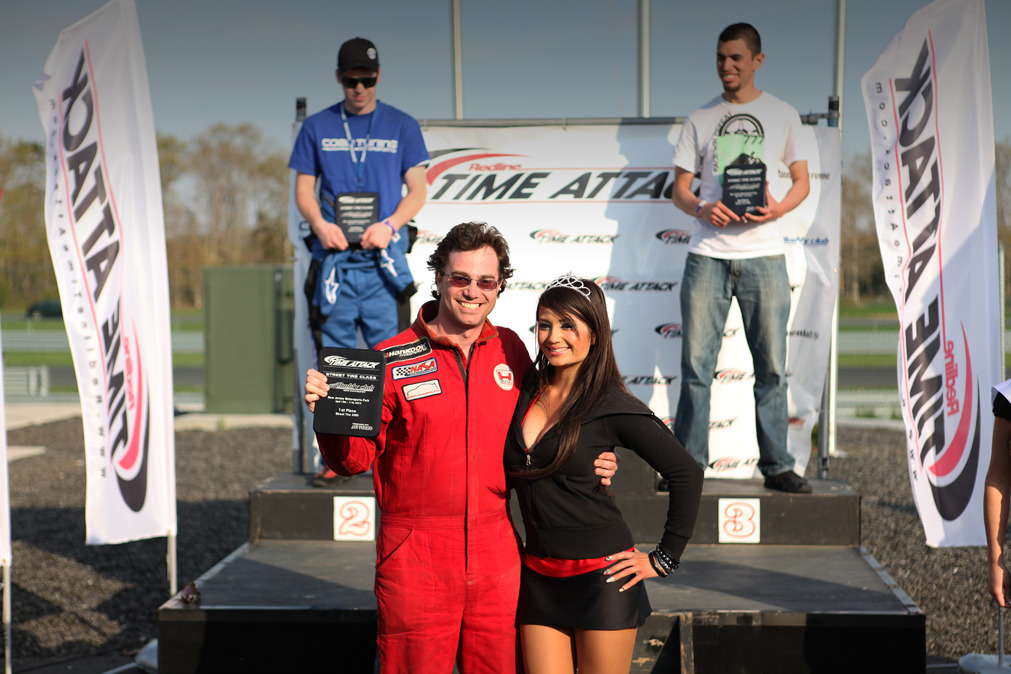